My biggest hobby is dancing, I have been dancing since I was about 13, when my parents took me along to a Barn Dance that my mother had organised as social secretary for the Chelmsford Sub Aqua Club.

There are several different styles that I enjoy with my partner, Sandra, all of which fall into the broad category of folk dancing.

These include Morris Dancing, English Country Dancing, American Contra dancing and American Square Dancing. See the individual sections on the menu for an explanation of each.

In my younger days I was a member of two display teams, The Jovial Beggars and London Folk.

Jovial Beggars were a team  based in Harlow and led by Walt Tingle. The team displayed atseveral festivals including: 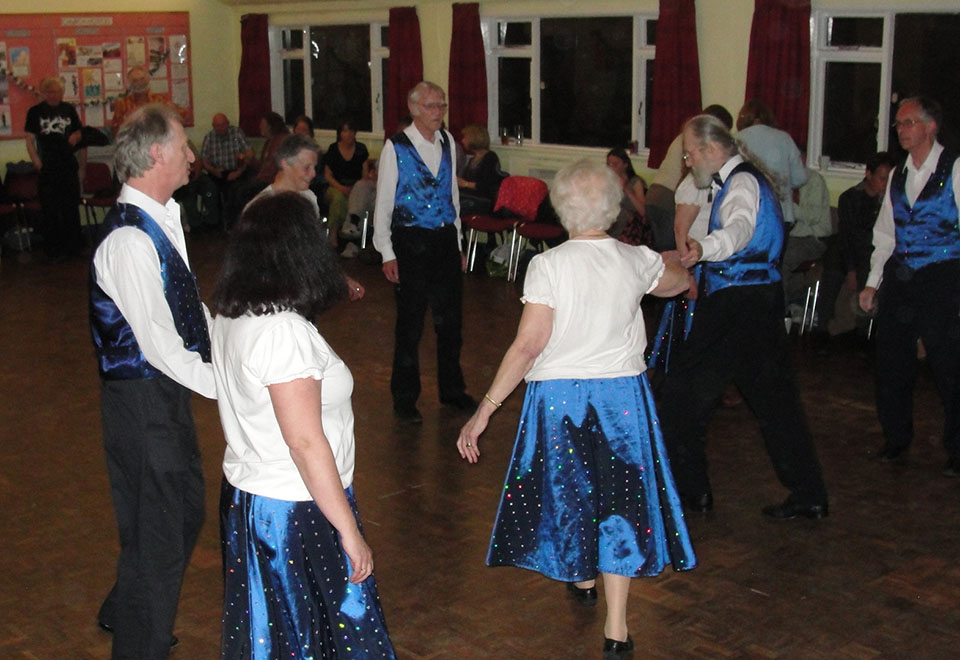 The Jovial Beggars have also performed in Belgium and Sweden as well as many  towns, country houses and other events in the UK. The Jovial Beggars still occasionally meet for reunions in Essex. Other members of the Jovial Beggars were Kate, John, Justine and Simon Badrick, Mark Tingle, Colin Hume, Robin Slater, Les and Janet Barclay and others.

London Folk represented the English Folk Dance and Song Society at many events including the annual Albert Hall Festival.

Recently we have danced in a display team that is part of the Mozaic folk dance club.

Sandra and myself go to several dance clubs and we travel to formal dances at the weekends. Clubs that we regularly attend are:

I also call dances, i.e. provide instructions to the dancers at several clubs and have also written some dances myself. The dances that I have written are described on a seperate page.